First off apologies to Barcelona. I went there and it was great and it deserves a blog post. But you know what? There’s reams of stuff written about Barca so I’m going to swerve it (except to say that I had the worst hangover I’ve ever suffered (oh I suffered) after accidentally getting too drunk with a friend of my daughter’s who lives there. So, two birds one stone: embarrassing mum and boozed up Brit abroad, nice one Rach)

Right now I’m on the idyllic island of Menorca, preparing for my big expedition. In fact I think this is my version of being at base camp on Everest. As I type this I’m lying by the pool, acclimatising to the weather (30 degrees everyday), and pondering if I have enough blister plasters and pants packed (that’s what they do at base camp right?). Because next week sees the apex of my trip, the epicentre of this journey into the unknown, a ten day, 200km walk and wild camp around Menorca. Eek.

Ever since I started telling people my plan they’ve been asking why? Trying to find an answer wasn’t easy, I mostly said ‘Oh I dunno, it just came to me so I’m doing it’. But the truth is this is a place of huge significance in my life, something I only started to realise a year ago.

When I was 3 my mum brought us here on holiday. She loved it so much she took us to see a villa for sale. Unable to afford it alone she spent hours and many pesetas on a payphone to friends asking if they wanted to go halves. Amazingly one said yes and the next time we came back it was to our own home. And that villa was home. I loved Menorca and all the freedom it afforded us, growing up in London the only countryside I knew was the rugged rocks and beaches of Menorca. The strange plants and creatures were familiar to me. I had dived for sea urchins and caught lizards (sorry to both) long before I’d even seen a cow up close. At 8 I could fearlessly jump from a cliff as high as my house into the sea. For six weeks of every year I grew here unlike I grew the rest of the year, when I was often stymied and had nothing that felt like my thing. Coming back after only a couple of visits in the last 35 years was long overdue.

Truth is I’m woefully unprepared for the adventure I’m planning. I’ve never walked for more than four consecutive days, I’ve never wild camped alone, I’ve never carried a 20kilo pack … everywhere I go for ten whole days. But isn’t that what adventure is about? I bet Christopher Colombus set off without enough mead and mutton, but when he got to America and pillaged the place I’m sure he was pretty pleased with himself. So, as long as I have enough water and don’t get scurvy how bad can it be really?

Because I’m not a total idiot I went for a practise walk yesterday. 21km, the equivalent of one of my walking days, and these are my findings:

30 degrees is a killer, I have never sweated so much or drunk so much. Caves, while a bit foreboding, are deliciously cool to rest in. Jumping in the sea after 3 and a half hours walking in 30 degrees is the best feeling imaginable. Oreos are an acceptable lunch when you’re an adventurer. I need an extensive first aid kit, if I trip up on those jagged, volcanic rocks I’m going to need a bandage. But most importantly I discovered this; the landscape is stunning, better than I remember it. As for wildlife I felt like a disney Snow White. I saw a huge dark brown squirrel, a strange bird with a big orange crest on it’s head. Loads of lovely lizards, white cows (who knew?!), vivid coloured butterflies who danced along side me for company, and the beaches and coves. OH MY GOODNESS ME!  It really is paradise. 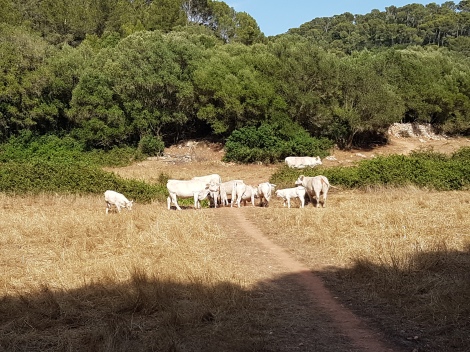 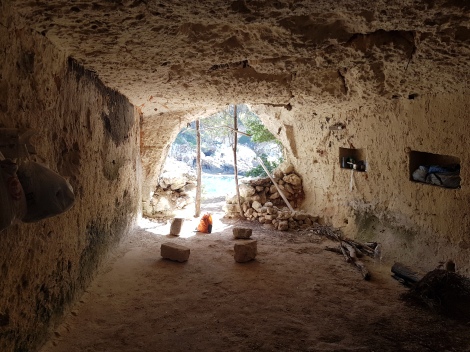 Who knows how I’ll feel about this place after I’ve walked round it, but I hope it takes our relationship to a whole new level.